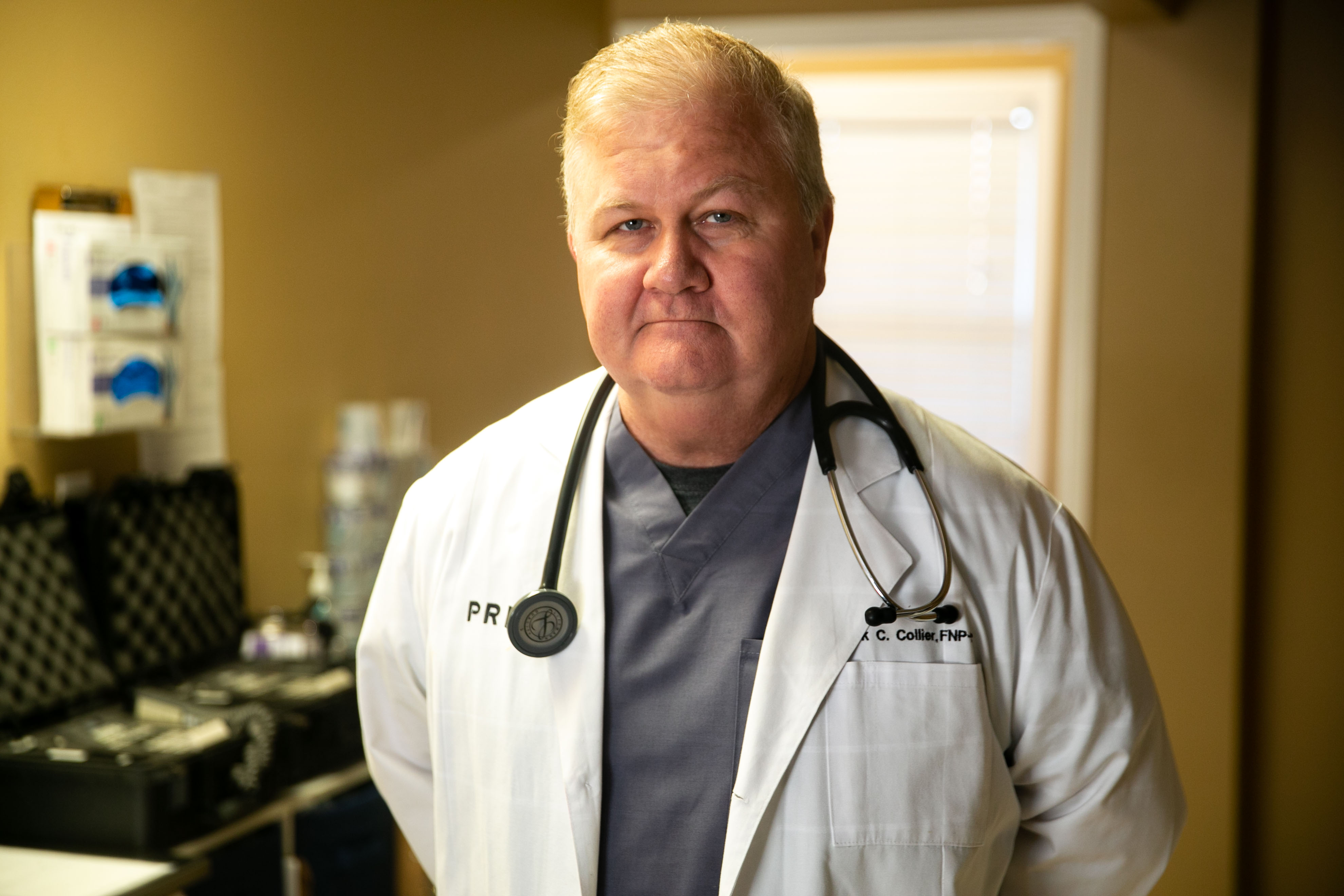 Mark initially received a Bachelor of Science in Nursing from William Carey College in Gulfport, MS. In 1999, he became a Certified Family Nurse Practitioner after earning his Masters of Science in Nursing from the University of Mobile in Mobile, AL.  He also has an Associates of Arts degree from the Mississippi Gulf Coast Community College. Mark began obtaining his medical experience in 1997 as an registered nurse in emergency medicine and intensive care units.  In 2010, he began gaining experience in occupational medicine and shortly before joining the Prime team, he lead the on-board occupational health team as the medical provider for the icebreaker ship “Aiviq” for Shell Oil Company Alaska in the Arctic Ocean.  Mark returned to New Orleans from Alaska to join the Prime Occupational Medicine Team in 2013.

He is board certified by the American Nurses Credentialing Committee; licensed by the States of Louisiana, Alaska, and Colorado, and is a member of the Louisiana Association of Nurse Practitioners.

William Carey College in Mississippi – Bachelor of Science in Nursing

University of Mobile in Alabama – Masters of Science in Nursing