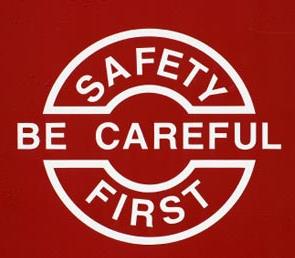 An important reason to investigate workplace deaths is to prevent similar occurrences. Here are two recent worker fatalities and the potential lessons from both for other employees. They involve a sewer worker and a street sweeper.
Gustavo Briceno was doing maintenance in a sewer in Chicago when heavy rains sent a surge of water down the pipe he was working in and swept him away.
Briceno, 25, was found dead about two hours later, his body carried a block away. The area where he was working was about 30 inches in diameter, so it was considered a confined space.

Another worker was inside the sewer with Briceno when the area was hit by flash floods.

While the results of a full OSHA investigation are pending and may take up to six months, officials already know one thing the two workers did differently. Briceno had removed his harness to reach the confined space. The other worker was strapped into his harness, and rescuers were able to pull him to safety. The deceased worker had three children, ages 3, 4 and 8.

What happens at heights also affect those below.

The second incident occurred in Salarpur, India.Poonam Tiwari was on the third floor balcony of an apartment building hanging laundry out to dry. She slipped and fell off the balcony, plunging three stories and landing on a street sweeper, Om Prakash. Both were rushed to a hospital, but they died of their injuries. This incident provides two reminders for employees who work at heights and other employees working in the vicinity:The actions you take to prevent yourself and your equipment from falling from a height affect not only you but the people below.

Remember to mark off the area below where you are working. In case something or someone falls, this will help prevent it from striking someone working below.(Source: SafetyNewsAlert.com)