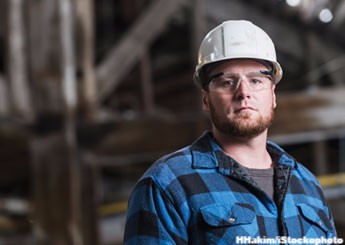 Bill Butler took pride in his ability to move heavy objects without assistance. However, the machinist experienced lower back pain. He was prescribed prescription painkillers, specifically hydrocodone, to relieve the pain and, after developing a tolerance, began taking methadone.

Bill’s brother Rex shares Bill’s story to educate others about the dangers of prescription painkillers. As an environmental and safety manager at Central Iowa Power Cooperative in Cedar Rapids, Butler counsels others about the drugs’ hazards.

“I truly believe that his death will save lives,” Butler said. “Life is too precious, and losses like this far too senseless.”

More than 16,000 Americans died from prescription painkiller overdoses in 2013 – quadruple the total in 1999 – according to the Centers for Disease Control and Prevention.

As part of a 2014 study, the Cambridge, MA-based Workers Compensation Research Institute examined 264,000 claims from 25 states. Researchers found that 65 percent to 85 percent of injured workers in most states received narcotic painkillers.

Opioids – a group of drugs that include oxycodone and morphine – are prescribed by doctors to relieve pain, but can affect safety, health and productivity, as well as increase workers’ compensation costs. The highly addictive drugs also can result in side effects such as confusion, drowsiness and nausea… –Read entire article: SafetyandHealthMagazine.com