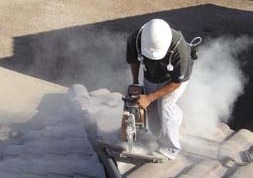 The Occupational Safety and Health Administration (OSHA) has issued a final rule to curb lung cancer, silicosis, chronic obstructive pulmonary disease and kidney disease in America’s workers by limiting their exposure to respirable crystalline silica. The rule is comprised of two standards, one for Construction and one for General Industry and Maritime.

OSHA estimates that the rule will save over 600 lives and prevent more than 900 new cases of silicosis each year, once its effects are fully realized. The Final Rule is projected to provide net benefits of about $7.7 billion, annually.

About 2.3 million workers are exposed to respirable crystalline silica in their workplaces, including 2 million construction workers who drill, cut, crush, or grind silica-containing materials such as concrete and stone, and 300,000 workers in general industry operations such as brick manufacturing, foundries, and hydraulic fracturing, also known as fracking. Responsible employers have been protecting workers from harmful exposure to respirable crystalline silica for years, using widely-available equipment that controls dust with water or a vacuum system.
Key Provisions

Both standards contained in the final rule take effect on June 23, 2016., after which industries have one to five years to comply with most requirements, based on the following schedule: